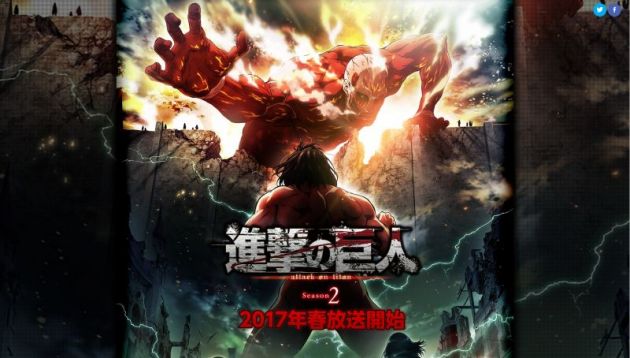 Christian Daily – Oct 20, 2016 – After being absent for a couple of years, the TV anime series adaptation of “Attack on Titan” is finally confirmed to arrive sometime in April 2017. There are also rumors suggesting that the plot will explore on Eren Yeager’s abilities.

“Attack on Titan” is originally a Japanese manga series published in 2009 and created by Hajime Isayama. It features a world dominated by creatures identified as Titans, which are giant humanoids that has the preference to consume humans. To be protected, humans are forced to lock themselves in a place surrounded by giant walls.

The confirmed next installment of the TV anime series adaptation is expected to remain dedicated to the manga version of the plot specifically on the fifth manga arc.

Eren, the main protagonist who discovered a way to transform himself into a Titan, is expected to show more of his abilities in the next season. One manga plot that fans are wanting to see is the appearance of the main antagonist called “Beast Titan.” Fans believe that Eren will transform to his Titan form to match his colossal adversary.

Also, the appearance of the Beast Titan will cause Ymir to transform into her real identity, that is being a Titan as well, with the goal of defeating the giant villain.

Following the speculation of widely taking on the manga plot, fans are also expecting to see the Colossus Titan and Armored Titan that Eren will have to go up against in season 2.

As earlier reported, season 2 is also the time that fans speculate to see more of Dr. Grisha Yeager’s basement. It can be remembered that Eren and the rest of his Titan-fighting crew made it like a mission to explore Grisha’s basement.

The doctor hinted before that Eren and his team will find the solution to the Titan-related problems of humans in that basement.

However, fans of “Attack on Titan” needs to wait and see if all these speculations will tally since TV anime adaptations can always tweak what was written in its manga form.