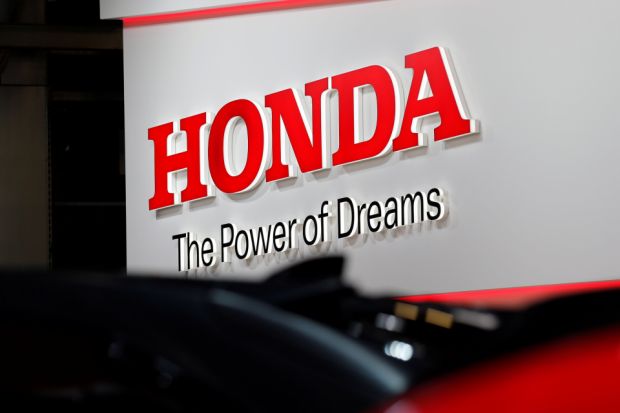 The Business Times – Oct 31, 2016 – [TOKYO] Honda Motor Co will spearhead its artificial intelligence efforts out of a new lab in Tokyo so that researchers can work closely with its engineers to commercialise the technology.

Honda, based in Tokyo, will start the R&D centre next year and combine existing AI teams in Silicon Valley, Europe and Japan at the downtown location, according to Yoshiyuki Matsumoto, president of the automaker’s largely independent research arm.

In choosing Tokyo over Silicon Valley, the carmaker is betting closer interaction between its scientists and developers will lead to AI-enabled products consumers want, he said in an interview.

Advances in artificial intelligence are sprouting like “bamboo shoots after rain,” so it’s time to find commercial uses for the technology by marrying research with Japan’s traditional strength in hardware, Mr Matsumoto said.

“We won’t make much difference if we did the same things as everyone else in Silicon Valley. And not everyone has succeeded there.”

Mr Matsumoto sees AI as the brains that will combine robotics, sensing, navigation and connectivity technologies to enable autonomous driving. Honda’s choice of Tokyo as a home base for its efforts in the space differs from automakers including Toyota Motor Corp, which hired former US defence scientist Gill Pratt to set up and lead a US research institute.

Underpinning Honda’s decision is its belief Japan has the necessary talent to compete with Silicon Valley, home to the likes of Alphabet Inc, Facebook Inc and Uber Technologies Inc. Also implicit is the desire for the research dollars spent to translate into products with real-world demand and value.

Artificial intelligence research has for years failed to find large-scale commercial application until the recent advent of products and services such as Apple Inc’s Siri.

Recent progress has prompted carmakers including Toyota to join tech giants like Google and Facebook in Silicon Valley to adapt deep-learning capabilities for cars and mobility services.

Honda will tap into Japan’s talent pool at universities and may collaborate with startups to boost its AI capabilities, Mr Matsumoto said. To attract talent from outside the auto industry, Honda will adopt a more flexible work and salary system rather than the rigid, seniority-based pay grades used elsewhere within the company.

Some AI specialists from Silicon Valley may be hired as technical advisers on short-term contracts to keep Honda up to speed with developments in the US. Honda currently conducts AI research in Silicon Valley, Japan and Germany. The decision to consolidate AI research hasn’t been finalised and the company may announce its plan in April, Mr Matsumoto said.

While it’s necessary to have an outpost in Silicon Valley to gather the latest industry information, Japan also has leading technologies in some areas that may attract global companies to set up AI research offices in the country, said Satoshi Nagashima, a consultant at Roland Berger GmbH in Japan.

Toyota, by contrast, has been expanding its research capabilities in Silicon Valley. The software engineering team formerly at Jaybridge Robotics, a US artificial intelligence software firm, joined Toyota in March.

The automaker was in talks with Google to purchase Schaft Inc, a Tokyo-based maker of two-legged robots, as well as Boston Dynamics Inc, the Nikkei reported in June.

Toyota will begin selling a 10-centimetre-tall talking robot called Kirobo Mini across Japan in early 2017, one of its first marketable products with AI capability.

Honda said earlier this year it’s working with SoftBank Group Corp on technologies that will allow cars to perceive emotions of drivers and talk to them.

“By adding a brain, which is AI, to hardware such as robotics, we will be able to venture into various new businesses,” he said.