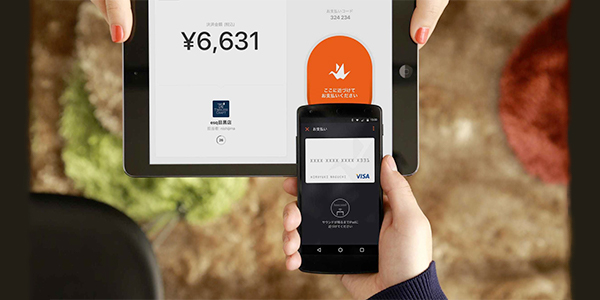 Payment Week – Nov 2, 2016 – Japan’s status as a technological society is a strange one. This is a country where the fastest Internet connections on Earth can be had, but the fax machine is still readily available and widely used.

Its acceptance of mobile payments has been oddly light as well, despite a fairly heavy mobile device presence. That may be poised to change with Origami Pay, an alternative that could drive big interest from Japan.

Origami Pay is Japan’s answer to the mobile payment phenomenon, taking advantage of the huge smartphone infusion the region’s seen to not only provide a convenience for its users, but also offer cost savings for retailers by cutting credit card transaction fees, plus offering promotions and cost savings for the shoppers as well.

There are some mobile payment systems in Japan—Sony and NTT DoCoMo offer them, and Apple Pay recently launched, though interest has been tepid—but for the most part Japanese consumers don’t seem particularly interested.

With the new features Origami Pay is looking to bring to the fore, however, that might change. Funding for startups in Japan, though, is difficult to find, and can be a huge problem; while in the US, startup funding ranked around $70 billion in 2015, in Japan, it was a little better than one percent of that.

With plans to branch off from Japan and go into the United States as well, Origami Pay may be able to deliver a quality package. It’s going to have a lot of trouble–cultural influences in Japan and a very crowded market in the US–but it could have the kind of value that’s required to make it a worthwhile application. There’s too much potential value at stake to not try for it.